I am a Londoner. I am not boasting; merely stating a fact.

If I go to live in Paris or Venice for instance, I will not be Parisian or Venetian and I would bet that you would not think I was and the people who are Parisian or Venetian would not think I was. I would be a British person (specifically a Londoner) living in another place. We cannot change where we were born. We can change nationality, become, for example,  French or Italian, but we always remain an incomer of the place we live in. I say this in a town where 80% of the inhabitants are incomers, from all over the UK and abroad. I find it amusing and sometimes irritating when incomers call themselves Londoners. I am sure that I would not be counted as a Liverpudlian (from Liverpool) or a Brummie (from Birmingham) or a Mancunian (from Manchester) or an Amsterdam-er or whatever if I went to live in their town.

I point out Amsterdam as an example, having met a person from Holland who had lived in various places and then moved to London and thought that she too was now a Londoner, in the same way that I was. Her ally, from Toronto thought the same. I found this very strange knowing it would not work the other way round.

When is it sharing cultures, being multicultural (ie being nothing!) or is it an act of committing plagiarism and cultural appropriation?

I just saw an Instagram from a friend about  white men having their hair in plaits or cornrows.

Empathy does not change your skin colour or your history, your memories or your childhood.

My friend did not like this latest hair fashion/appropriation. He complained that they were taking his traditional African heritage. I know there are also all those blond German women in plaits in photos from the 1930s, but I can appreciate his point.

He is not alone in thinking it:

White women in saris; what do we think?

And that trend for putting a Bindi on your forehead with no understanding of what it is, reducing a cultural mark to a fashion statement. Is that a good thing, making it a universal mark, or appropriation of somebody else’s culture in a clumsy colonialism? 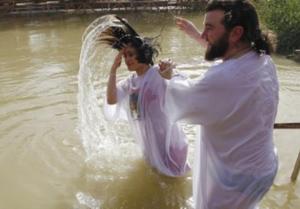 You cannot change your history quite as easily as you may re-write it.

The Rabbis of old had a longer view. They willingly accepted genuine converts, but argued about whether they were the same as the children of converts or their children. It takes a few generations to become. There is a saying: ‘Question: Who is a Jew? Answer: A person who has Jewish grandchildren’. It might rule a lot of us out, and in an age of instant gratification, it might not be a popular view, but it may be true. Think about it.

If I emigrate to Jamaica and am granted Jamaican citizenship, how Jamaican am I?  I don’t share those memories. How Jamaican would my child be given that I might still do very British things at home? But my child’s child, my grandchild, brought up by a person born in Jamaica and probably another parent of Jamaican origin, would be Jamaican in a way I could never manage. I accept that.

Growing up is a big part of becoming who you are. When do we stop being who we were? What are we allowed to do when we change, to become who we are or who we want to be? And what is change and what is appropriation?

There are many people that I have encountered that have converted to Judaism and then started to  become an ‘Uber-Jew’, more Jewish than any other Jew. They start using Yiddish expressions, like the white man growing his dreadlocks and talking patois. Yiddish is not Judaism. That would invalidate all the Mizrahi and Sepahardic Jews who don’t know a bagel from a kreplach.

You can convert to Judaism (the religion) and be called a Jew or a Jewish person, but you cannot convert to be Ashkenazi or Sephardi, or Mizrachi. You still have the culture and ethnicity of your birth.

I know of one friend of mine who did this; became Uber Jew. Eventually, I complained. Even if they became ultra-orthodox or found out they had a Rabbi for a grandfather they would never be as Jewish in the way as a born Jew, nor be from a particular group such as Ashkenazi or Sephardic. They did not grow up Jewish in a non-Jewish world. They grew up in a religion that was quite dominant in their world. So they did not feel like an outsider. It was not the culture of their parents  They did not suffer anti-Semitism. Their parents did not have to protect them from this. They did not hold their parent’s hopes that they would ‘marry in’. They did not feel obliged to keep the faith or chose to lose the faith. They chose to become something as an adult. They moved from one place to another. This friend is fully entitled to do that and I treat them as a Jew, but they can also move back, of course, while a born Jew can never stop being Jewish, even if they do not believe in Judaism.

A convert to Judaism, can be more religious, but cannot be more Jewish than a born Jew, even one eating a prawn sandwich on Yom Kippur, who doesn’t do Judaism, the religion. No amount of throwing around Yiddish expressions in a pastiche of being Jewish will change that. You know what everyone is thinking when they find out your parents were Episcopalian or Catholic or whatever. I can’t help that, but I know that.

So how much can you change yourself?

I ask this with the trans- gender debate going on. I think if you want to change your gender and you are over 18, that is your choice. If you feel like that who am I, or anyone else, to argue otherwise? But, and there is a very large but, you need to accept that you will never be as like the other gender as the people born of that gender. Even the lapsed ones!

If you are born female you will always be more female than a trans female. Even if you dress in very butch clothes, have cropped hair and look like a man, you have all the body of a female. A trans woman has not gone through the same adolescence, sexual maturation and fertility maturation as a born woman. You just have to accept that. A trans woman will never know what a period pain is, the worries and anxieties about having a period (or not) or the pain (or joys) of childbirth. A trans woman will never have the fears of ovarian or cervical cancer nor the undignified medical checks. A trans woman has not had the same expectations from her parents as a born woman.

What you want and what is do not always concur.

So born women may feel differently about their bodies as they were born with them rather than chose them.  They may have hated being given dolls and dressed in pink, but even in black jeans and train sets they are female. Their childhoods, while individual, will have had things in common that are different to trans women and to try to diminish that is insulting to women, just as the dreadlocked white man will never really know what it is like to be of African or Caribbean origin.

Trans women often feel more comfortable with other trans women. Why is that? Are all born women uncomfortable with them or are born women not sure about this ‘Uber female’ one that out-females them and is often more ‘feminine’ than any born female, but has not had the bodily experience, the fears and anxieties of born women. To deny the born women’s experience is an insult to born women.

So while I completely accept that people may want to change their gender, they need to respect the people who were born that gender as being of that gender in a way that they can never be.

I am a Londoner. I cannot change that even if I live somewhere else. I can become for example French by changing my nationality, but not Parisian or Marseille, and I can never even be French in the same way that a person born in France and going through a French school and family is. My memories of childhood are different. I have to accept that too. There are times I would love to be something else and perhaps I can become that. But I cannot change my past nor invalidate the past of others who I wish to emulate. I cannot be more like them then them.