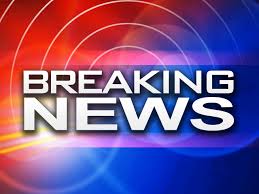 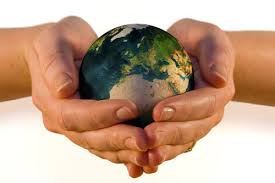 I have only seen one Dumas painting before. I didn’t really get it, but I could see that the technique, the application of colour to paper, was great, there was a beauty in it. The technical ability is even more apparent given that she works in watercolour and inks, notoriously difficult medium, very unforgiving. So her works are technically alluring and brilliantly made. They are beautiful as works, but it is the content that makes me uncomfortable. It is why I have delayed writing about her show at the Tate.

The exhibition of her works had a great advantage on most exhibitions in that there was not reams of text by the curator written in that curious language, art-speak (never say scientists use jargon!). Instead, there were quotes from the artist and some of them were lovely.

Again the work was brilliantly made. But I read the content , what the art said to me, in a way that I wasn’t sure was a in the mind of the artist. I found it racist. Perhaps it was meant to hold up a mirror, but some pieces really annoyed me, not because of their meaning, but because I felt Dumas’ lack of understanding of what she was doing or perhaps care of how they are read by us, the viewer. Perhaps they are only meant for people like her.

There was the array of portraits of black African people which I found looked like a line up or a museum curio.  It may have been what it was like at the time they were taken, she works from photographs and these were old ones, but she configured them in this way. Perhaps she meant to show their individuality, but it was ugly. It reduced their humanity.

One piece was called Jewess. Now come on. Where was the piece called Christian, or Muslim, or Aborigine?  Stereotyping is lazy. Racial stereotyping is nasty.

Marlene Dumas is white, Afrikaans and has moved from South Africa to live in one of the countries that was appalling to Africans, especially South Africans, The Netherlands (Holland), home of the Boers, the Afrikaans. Along with Belgium (think of the ramifications in the Congo) .and the Portuguese, none of these countries have stepped up to the mark and apologised for what they did. Britain apologised. It makes a difference.

While she may be making art, art is not content free.

What finally turned me off was her depiction of religious Jews praying at the Security Wall in Israel.  I found it deeply offensive. I don’t suppose she understands that it was idolatrous. Perhaps she was trying to say the opposite. In that case it was clumsy, a cheap jibe and insulting. It was lazy and stupid.

Coming from an Afrikaans, making work about the ‘other’ without any real engagement seemed to say that you can do anything if it is done with technical aplomb, as if art could be content free. In the end, I loathed it.